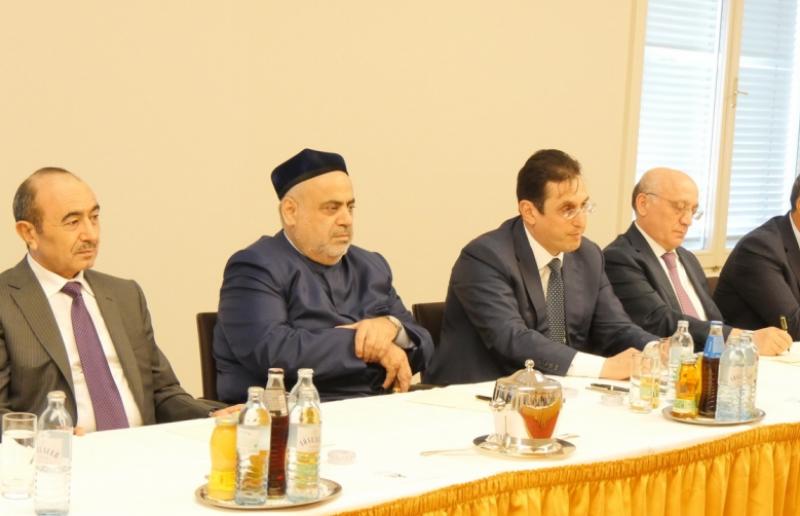 Chairman of the Caucasus Muslims Office Sheikhulislam Allahshukur Pashazade hailed the conditions created for the international conference titled “From Interfaith and Inter-Civilizational Cooperation to Human Solidarity” in Vienna. Sheikhulislam Allahshukur Pashazade noted that representatives of different religions and cultures have lived together in peace in Austria, which is known as a country of high tolerance.

The Chairman of the Caucasus Muslims Office invited the Austrian representatives to attend the 2nd Baku Summit of World Religious Leaders to be held this September.

Austrian Federal Minister for Transport, Innovation and Technology Andreas Reichhardt said that the inter-religious and intercultural dialogue is of great importance to Austria, the country which declared its permanent neutrality.

Addressing the event, Azerbaijani President’s Assistant for Public and Political Affairs Ali Hasanov extended President Ilham Aliyev’s greetings to the people and members of the government of Austria. The President’s Assistant underlined that the dialogue between religions, cultures and civilizations is one of the directions of the policy pursued by the Azerbaijani state. He said that a declaration calling for interreligious and inter-civilizational cooperation will be adopted at the conference.

The Embassy of the Republic of Azerbaijan in Austria